When autocomplete results are available use up and down arrows to review and enter to select.
About Us Jeff is President & Chief Executive Officer (CEO) of Apotex. Appointed in 2018, Jeff oversees a global workforce of 7500 and the day-to-day operations of Apotex, including research and development, manufacturing, packaging and distribution of products across three Lines of Business to more than 115 countries around the globe.

Prior to this role, Jeff served as President & Chief Operating Officer, Apotex, as well as President, Global Generics, the largest line of business at Apotex, where he provided leadership for the Commercial and Strategic Operations and was instrumental in delivering significant growth. A 25-year veteran of Apotex, Jeff has held progressively senior positions with Sales and Marketing since 1993 when he joined the company.

Jeff has been a member of the Association for Accessible Medicines (AAM) Board of Directors since 2012 and served as Chair in 2017. He was re-elected as Chair in 2018. In 2008 he became an Executive Member of the Canadian Generic Pharmaceutical Association’s (CGPA) board. From March 2015-February 2017, he served as Chair of CGPA’s board following three years of service as Vice Chair. Jeff is a former Chair of the US Healthcare Distribution Alliance’s (HDA) knowledge partner, the HDA Research Foundation. He is also the Chair of the Board of Directors for TruLeaf Sustainable Agriculture, Nova Scotia, Canada. Following a JV with Arrow Pharma in Australia in 2019, Jeff serves as a Board member of the new entity Arrotex Pharmaceuticals.

From 1986 to 1988, Jeff played professional football in the Canadian Football League (CFL). 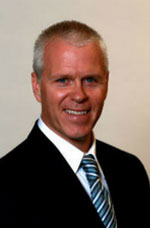 Peter is Chief Commercial Officer and EVP of Apotex. Appointed in 2018, Peter has accountability to develop and execute our global commercial strategy for all generic market segments. Peter joined Apotex in 2006 as Director of Marketing Canada and took on expanded roles within the Canadian market where most recently he was the SVP Commercial Operations Canada and Caribbean. Peter has 27 years of Pharma experience in sales and marketing, international management, and held P&L responsibility of core countries within a Global Pharmaceutical company. Peter has both brand and generic experience including five years abroad based in Basel Switzerland working for Mepha Inc. which specialized in branded generics.

In 2016 Peter became a member of the Canadian Generic Pharmaceutical Association's (CGPA) Board and was elected Chair in April 2018. Peter also serves on the board of IMD, a company who specializes in a digital education platform for health care practitioners. He has a BSc in Biology from St. Mary's University, Halifax NS and is a graduate of the Ashridge Executive Management Program, London, UK. 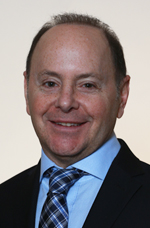 Jordan Berman leads Global Corporate Affairs, Business Transformation & Strategic Planning for Apotex. In his role, he is responsible for all communications platforms and channels, reputation management, and for developing and communicating the organization's narrative to a wide variety of stakeholders. He also leads all corporate social responsibility and philanthropy, and plays an active role in supporting government relations. Prior to Apotex, Jordan held a Global Communications Leadership role for Johnson & Johnson's medical devices business, a $25 billion organization with 55,000 employees worldwide. For the past 10 years Jordan has held a dual portfolio including both corporate communications and strategic planning, roles he held at AstraZeneca and Johnson & Johnson Medical Companies in Canada, and played an instrumental role in several business transformations. Jordan holds a joint Master of Business Administration from the Kellogg School of Management and the Schulich School of Business. 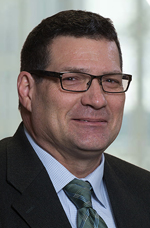 Gordon began his career at Apotex in 1989 and rose to Senior Management in 1993. Throughout 2000-2001, he led our company's SAP implementation. Today, he is responsible for managing the financial risk, planning and reporting for the pharmaceutical operations of the Apotex group. This includes consolidating and analyzing financial data to support executive decision-making. Gordon is also responsible for global financial policies, processes and promoting financial governance across the organization. Joanne began her career at Apotex in 1998, holding roles in every aspect of Human Resources which has given her a deep understanding of our business and culture.

As Senior Vice President, CHRO Joanne will drive the Human Resources functions while focusing on developing organization, people and talent strategies that align with and support the organization's strategic direction and operational activities. 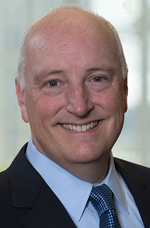 Steve brings over 35 years of operations leadership experience to Apotex, including 30 years in leading international pharmaceutical manufacturing and supply organizations. In his current role, Steve is responsible for leading Apotex's global finished dosage manufacturing, API manufacturing, supply chain, procurement, engineering and technical operations. This includes production and supply sites in Canada, USA, Mexico and India. Prior to joining Apotex in 2013, Steve had a diverse international career in the global Pharmaceutical industry with Teva, Patheon, AstraZeneca and Eli Lilly. Steve holds a Bachelor degree in Mechanical Engineering from the University of Western Ontario, and a Master of Business Administration from the Ivey Business School, also at Western. Steve was also an engineering officer in the Canadian Armed Forces, attaining the rank of Captain, before joining the Pharmaceutical industry. 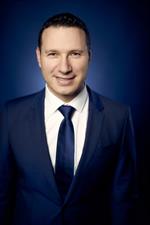 As Vice President of Global Intellectual Property and Legal Affairs, Kevin brings over 18 years of legal and pharmaceutical experience to Apotex. He leads a global team of legal and scientific professionals and is responsible for providing legal support across the organization. Kevin manages the development and implementation of intellectual property strategies, including Apotex’s worldwide IP litigation and licensing portfolio. He also chairs the Enterprise Risk Management Committee and oversees the Records Management function.

Prior to joining Apotex in 2010, Kevin was a partner at a law firm where he represented multi-national pharmaceutical companies in patent litigation and regulatory matters. He holds a J.D. from Osgoode Hall Law School, a M.Sc. in Neuroscience from McGill University and bachelor’s degree from the University of Western Ontario. Kevin is a member of the Law Society of Ontario and the New York State Bar. He has also been the Chair of the Intellectual Property Committee for the Canadian Generic Pharmaceutical Association since 2016 and is a member of the Law Committee for the Association of Accessible Medicines. 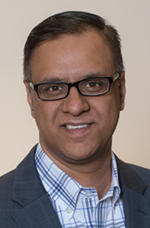 Kiran began his career at Apotex in 2006, holding roles of increasing responsibility within Global Regulatory Affairs. Today, he is responsible for overseeing the global regulatory function for Apotex. In addition to creating and executing the company's global regulatory strategy, he also manages a worldwide team of regulatory professionals.

Dr. Krishnan has more than 18 years of regulatory experience in the generic pharmaceutical industry, integrating regulatory strategy into drug development. He was part of the American Association for Accessible Medicines (AAM) team that actively engaged with the US FDA to develop the commitment letter to support the Generic Drug User Fee Act II. Dr. Krishnan has a Master's degree in Pharmacy with a specialization in Industrial Pharmacy and a PhD in Pharmacy.

Pradeep rejoined Apotex as EVP, Global R&D in October 2021 responsible for R&D and our product portfolio across our businesses including generics and API, and the biosimilars portfolio program.   Pradeep previously worked at Apotex from 2009-2016 and held progressive roles within the R&D function with his last position held as EVP, Global R&D.   From 2016-2021 Pradeep held the role of EVP, GR&D – Oral Solids with SunPharma overseeing the R&D activities in key markets such as US, Europe, ROW, and India.  Pradeep is a strategic, transformational and influential leader, with 30 years of experience in building high performance and process driven R&D organizations. He has extensive technical, clinical, commercial, and regulatory knowledge of the development and manufacturing of complex generics, 505b2s, and NCEs in various pharmaceutical dosage forms for global markets.   He holds a PhD in Pharmaceutics from Duquesne University, Pittsburgh. 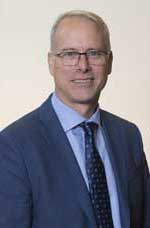 Andrew joined Apotex in 2019 as Senior Vice-President, Global Quality and Compliance, and is responsible for the implementation of the Global quality systems and compliance strategy. Andrew brings more than 30 years of experience in progressive quality and compliance management roles in the pharmaceutical and biologics industry. Prior to Joining Apotex, Andrew was with Patheon Inc., part of Thermo Fisher Scientific as VP Quality Systems and Global Compliance. In this capacity, he led a global team accountable for the development and implementation of Quality Management Systems and tools, key performance metrics and reporting, Risk Management, Vendor Management and Data Integrity. Most recently, he served as VP Quality for Patheon’s Biologics Business Unit. Previous to Patheon, Andrew held quality roles at AstraZeneca and Hemosol.